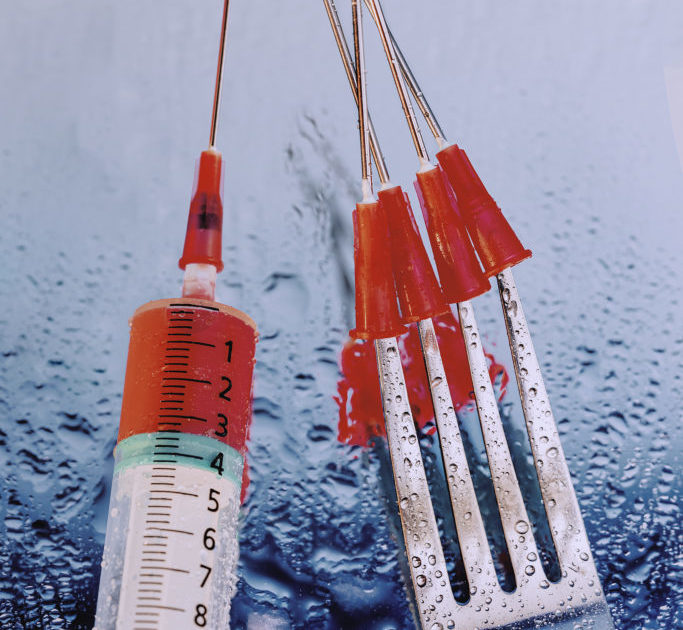 The corona crisis shows us what a virus can do when no vaccine is available. What does this do to the sentiments around vaccination?

It’s early February and the first son of Frederike and Peter is born: Tim. As far as Peter is concerned, Tim gets his vaccinations when the time is right. But Frederike has doubts. She’s surrounded by people who are ‘fiercely anti’ and, to a certain degree, she understands them. But she also calls herself rational, not a conspiracy thinker. She doesn’t believe, for example, that vaccines can cause autism.

She’s annoyed by the unsubtle nature of the debate. You’re either in favour of it (#vaccineswork) or against it (#vaccineskill), and at the same time you’re stupid or ignorant when you have a different opinion about it. ‘I don’t believe Vaccinvrij (a Dutch foundation criticising vaccination), but I also don’t believe everything the child healthcare centres says. They too have some kind of interest,’ she says.

Frederike has difficulty with the idea that she’ll have to have something injected into her healthy child which has a slight chance of affecting him. Even if it’s just convulsions, or perhaps a very rare but more serious side effect. This is why she got the newly introduced shot against whooping cough halfway through the pregnancy, saving him one shot later on.

Then the coronavirus breaks out in Europe. On Twitter, several people cannot suppress their irony: ‘The anti-vaxxers wanted a world without vaccinations, didn’t they? Well, here it is!’ After all, a frequently mentioned reason for the rise of negative sentiments surrounding vaccinations is that many people are no longer aware of the seriousness of the diseases vaccines protect against.

Add to that the fact that, from the onset of the outbreak, experts have emphasized that ‘our lives will not return to normal until there is a vaccine’ and you’d almost think the world unanimously yearns for that vaccine. Is that really the case? Or is it vain hope?

Vaccines are one of the successes of medical science. In the Netherlands alone, for example, between 6 and 12 thousand deaths have been prevented by the National Vaccination Programme.

After a few years of steady decline, vaccination coverage in the Netherlands stabilised last year and for the first time increased slightly at the beginning of this year. The most recent figure for measles is 92.9% (the target to prevent spread via herd immunity is 95%), partly thanks to the Vaccination Alliance set up by State Secretary Blokhuis. Although the rise will probably be offset by the corona crisis, because vaccination of children has been postponed, it is hoped this will be a temporary effect.

Unless the crisis itself will affect vaccination willingness. Most people don’t have a need to know how vaccines are made, what’s in them and what the (rare) negative consequences of a shot might be, says Bart Penders, Associate Professor in Biomedicine and Society at Maastricht University, because they trust that it’s okay when the government and its institutions advise something. ‘But if they start to worry about those institutions, for example because they are critical of the coronavirus approach, that may shift.’

Also, specific reasons apply to the coronavirus vaccine itself. Researchers at the University of Erfurt in Germany have been keeping track of how Germans view the arrival of that vaccine for some time now. Remarkably, the percentage of people wanting the vaccine dropped from 80% in mid-April to 63% on May 19th. The recent figure is in line with the results of a survey conducted by research bureau CivicScience among US citizens between May 6th and 11th. 69% of the respondents said they wanted the vaccine (another poll suggested only half of Americans would take it). ‘Even with a perfectly functioning vaccine, this might not be enough for herd immunity,’ says Professor of Health Communication Cornelia Betsch, who is leading the German research.

One possible explanation for the decline, according to Betsch, is the prevention paradox: the approach to the virus is beginning to bear fruit to such an extent that the dramatic images from Italy and China, among others, are rapidly fading and more and more people are beginning to regard the virus as harmless.

Another factor is that people have a little less confidence in the safety of this vaccine than other vaccines, says Betsch. ‘That in itself is a healthy reflex, because it is new and is developed and tested very quickly. So more attention is paid to the risk-benefit balance’.

That all sounds reasonable, but other forces may be at play as well. On the Internet, the worldwide anti-vaccination movement has already started a fierce campaign. And that campaign isn’t just about safety concerns, evident partly from contact with an anti-vaccination activist who wants to remain anonymous. Among other things, she forwards links to articles suggesting that the virus isn’t contagious and that the emergence of the rare Kawasaki disease in children can’t have been caused by the coronavirus, but instead is caused by vaccinations. She also emphasizes that the virus doesn’t pose any threat to those who are ‘just healthy’ and is hardly any different from the flu. (The scientific consensus is that the virus is about six times more lethal than the average flu, that it does indeed mostly make vulnerable people seriously ill, but that in addition to this, healthy, younger people can also develop severe symptoms or even die.)

It’s striking that many online messages about the coronavirus focus on philanthropist Bill Gates. Incorrect messages are circulating accusing him of wanting to implant microchips to monitor the effect of the corona vaccine. Authors often refer to the fact that Gates has been warning of the danger of a pandemic for years and organised a large-scale exercise in the United States six weeks before the coronavirus outbreak. Both are true, but there’s no evidence to suggest that he orchestrated the pandemic himself.

Researchers at George Washington University in the United States charted the worldwide competition on the internet between pro- and anti-vaxers on Facebook and published about it in Nature on May 13th. They discovered that the small group of opponents is much better at serving the ‘undecided’ with their messages than the larger group of proponents.

Recent data not included in the article show that the anti-vaccination movement has got off to a flying start in the coronavirus discussion, researcher Rhys Leahy says. ‘It really worries us. There will be many new ‘undecided’ who haven’t thought about vaccinations for years. They may take to the scepticism about the pharmaceutical industry, about governments and about Bill Gates’.

This concern is shared by Hedwig te Molder, Professor of Language and Communication at VU University Amsterdam, although she prefers to approach the problem from a different angle. ‘Apparently opponents of vaccinations know how to address people’s recurring concerns and deep values.’

The stories surrounding Bill Gates, for example, partly stem from concerns about the influence of the billionaire, whose foundation is the World Health Organization’s second largest donor after the United States. ‘To take the concern seriously, you don’t have to endorse it, but you do have to talk about it. It is precisely the fear of addressing the subject that plays into the hands of anti-vaxxers: ‘See? Again, something is swept under the carpet.’

Te Molder prefers to talk about ‘questioners’ instead of ‘vaccine doubters’. Asking questions isn’t stupid, says Te Molder, it’s a social norm. ‘We want people to think for themselves, but now they have to trust science blindly. That doesn’t work.’

This is exactly how mother Frederike feels. Even though she isn’t necessarily against it, the first week after giving birth she noticed that the paediatric nurse who paid her and the baby a visit dismissed her doubts. ‘It felt like it was out of the question.’

The Municipal Health Services have become aware of this as well, which is why they experimented with vaccination surgery last year, and with leaving more room for questions during appointments. Commissioned by the Ministry of Health, Welfare and Sport, Te Molder is researching the right balance in these talks: a push towards vaccination but also room for questioning. Bart Penders wonders how this will work out with a coronavirus vaccine. ‘There’s no time for a quiet conversation, because that way you won’t succeed in giving millions of shots. That’s a serious concern. There must at least be an opportunity to address the concerns.’

On the other hand, the current situation in which measures dominate social life could actually increase support for the vaccine, says Professor of Health Communication Cornelia Betsch of the University of Erfurt. ‘Anyone who is vaccinated contributes to herd immunity and thus protects vulnerable people in their environment. People are sensitive to that’.

Mother Frederike is experiencing just that. In her own words, the corona crisis once again has ‘brought into focus what we vaccinate for’. Secretly, she’s glad she’s been able to postpone the vaccinations for her son because of the lockdown. She plans for him to have his first shots soon. ‘With a heavy heart, though. But I also don’t want to have it on my conscience that the mumps make him infertile, for example.’

She’ll probably take the coronavirus vaccine later. ‘With my fingers crossed. You just don’t have all the information. For me, I don’t find it hard, but I do for my son.’

During the previous pandemic, caused by the influenza virus H1N1 in 2009, vaccines also became available at an accelerated pace. Later, scientists discovered that about 2000 of the millions of Europeans vaccinated had developed the sleeping sickness narcolepsy. The exact cause is still unknown. It does seem that the influenza virus then roaming around resembled a protein in the brain and that a small proportion of people had an immune response to this brain protein, as the disease also manifested itself in people who didn’t get the vaccine but did get infected with flu. Both the manufacturers and the European Medicines Agency have learned lessons since then. For example, manufacturers are screening more for similarities between proteins in vaccines and the human body, and do more extensive testing of the optimal vaccine dosage.

This article was first published in Dutch newspaper Volkskrant. Translation by Nicolette Marié. Frederike, Peter and Tim are fictitious names given upon request. Their real names are known to the editorial staff.