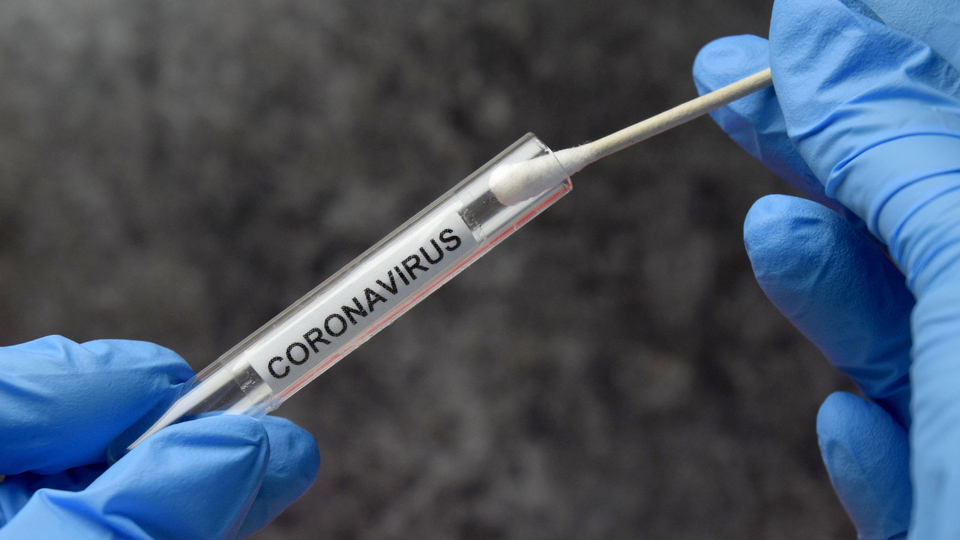 The corona crisis from within

At the daycare of the three-year-old son of Jop de Vrieze and Zvezdana Vukojevic, a boy turned out to be infected with the corona virus. In the meantime, the epidemic is also unfolding in the Netherlands.

The phones vibrate almost simultaneously. At 4:22 PM on Friday afternoon, we receive an email from our childcare Compananny with the subject: “Parent has corona virus infection”. We quick scan: “Unfortunately … closed from tonight until further notice … corona infection parent … child also shows symptoms … will be tested at the end of the day… minimize the risk that children can infect each other or employees at the location.”

Just before that, we bought some extra bags of pasta and were annoyed by people who took pleasure in playing down this virus, about which a lot is still unknown. Jop tweeted: “Please note: whoever dismisses this whole corona issue under the guise of “it’s just a flu and I’m still healthy” is just as self-centered as a vaccine refuser. It is not (only) about you, it is about the most vulnerable among us.” These are people with lowered immunity, with chronic diseases such as asthma and diabetes and especially the elderly, among whom the mortality rate in China is not one to two percent, but eight to fifteen percent.

In recent weeks, we have been following the subject closely as journalists. When we received the email, two Dutch cases were found, one in Loon op Zand, admitted to a hospital in Tilburg, and a woman in Diemen. Almost all experts expect more cases soon.

The day care center itself has decided to inform the parents and to close its doors for the time being. The woman from Diemen (she appears to live in IJburg in Amsterdam, but is staying in Diemen due to renovations) fell ill on Tuesday, RIVM said during a press conference on Saturday. On Thursday evening she was tested positive, and her child, who, like our three-year-old son Zev, is in group 5 with Compananny, also developed symptoms on Thursday, at the daycare center. They are currently waiting for his test results and those of his father and two other children in the family. If it had been up to the GGD [the Dutch regional public health service, ed.], communication would only have taken place afterwards.

We don’t get to hear much when picking up Zev from the daycare. There is a GGD official in the office, but he is not there for a conversation with parents. The nannies have no further instructions to share with us, nor do we receive instructions in the email. The test result will be communicated that evening. We know that children generally hardly get sick from this virus, but much is unknown – including about the role that infants play in its spread. In the meantime, Zev is cheerful as always and goes to sleep peacefully after dinner.

By midnight we hear him coughing himself up. That happens more often, but now it stands out. Moments later, he quietly falls asleep again.

On Saturday morning – the sick child’s test result has not yet arrived – Zev wakes up very snotty. With every sneeze, two thick wisps dangle from his nose. During the day he develops a slight fever. In the morning his temperature is still 37.4 degrees Celsius, in the afternoon 37.9. Of course, chances are he just has a cold. But still.

We call the GGD. What should we do? “Just do whatever you were planning on doing, but if his symptoms get worse it would be good to call us again.” We repeat that he is snotty and has a fever, symptoms according to this morning’s information email. “That is no longer the case, we now only pay attention to a combination of fever, cough and chest tightness.”

But, wasn’t he there on Wednesday, along with that other boy? And on Friday, in the same room? “The virus can only spread directly, by someone who already has symptoms.” We hang up in despair. Looking for recent information, we see our suspicions confirmed. A few days earlier, the medical scientific journal JAMA published the case of a Chinese woman who had no symptoms and still infected five people – exceptional, but it still seems possible. Several studies have also shown that other coronaviruses can remain on surfaces for up to nine days.

After a message from Compananny that the test is “not negative” according to the GGD, the RIVM [National Institute for Public Health and the Environment, ed.] reports: positive. We hear from another parent that the children of group 5 will be tested.

Meanwhile, the world is gearing up to move from “preventing the virus from getting here” to “preventing us from infecting each other.” On social media we read reactions from people who say that we shouldn’t prevent the virus from spreading. Unwise. It is precisely about protecting the vulnerable and slowing down the epidemic. In that way, GP practices are not overburdened and hospitals are not overcrowded.

Stopping the virus starts with simple hand hygiene and regular cleaning and disinfection in the home and workplace. It is also about avoiding or canceling major events, or the temporary closure of schools, public spaces or public transport or, as was announced last week in Iraqi Kurdistan, the provisional ban on funerals and weddings. And, as Aura Timen, head of the Center for National Coordination of Infectious Disease Control repeated on tv: “If possible, stay at home if you can.” Are we supposed to stay inside until Zev stops sniffling? And what if we get symptoms ourselves in the meantime? We do not want to spread the virus further. We decide to stay indoors for the time being.

Are we supposed to stay in until Zev stops sniffling? We decide to do it

We get another GGD doctor on the phone and explain our objections and dilemmas. And is Zev actually being tested? We had not received any update. “No. You must understand that the testing is already not rational, and that is was decided by RIVM to test some children anyway to alleviate unrest,” she replies. But we still feel unrest now, don’t we? And the GGD is there to contain the outbreak as much as possible, right? It all seems so economical. She says she will consult with her supervisor.

A moment later she calls back. “I can reassure you: your son has not had any contact with the boy. The child was not there on Wednesday, so your child cannot have the corona virus.”

We are somewhat reassured. Until Zev starts coughing on Sunday. Possible contamination on Friday, through contaminated objects, haunts our heads. Of course, the chance that he is infected is small and we may be overreacting. But why are they so incredibly rigid about a test? Jop presents our case to a professor with whom he has a lot of contact on the subject: “Am I crazy?” “No, you are not crazy and I would also like to have my child tested. But if there has been no physical contact with the child, the chance of infection is very small.”

The crazy thing is that we hear experts on all sides and even the health minister say that more testing needs to be done, and this is the practice. “The directive as a new law,” the professor replies. “That is rewritten every hour,” Jop sends back.

In the meantime, the number of infections in the Netherlands has risen to eighteen cases and we are receiving similar stories from elsewhere, about patients who, because they have not visited a risk area and have not demonstrably had direct contact with an infected person, are not tested. There’s a stark contrast with South Korea, where the virus is spreading: ten thousand tests were carried out there on Sunday. In the Beatrix Hospital in Gorinchem, a seriously ill patient with a respiratory infection appears not to have been tested for the virus because she had not been in a risk area – despite the now amended guideline. Only a week later, after being transferred to Erasmus MC, she turned out to be infected.

On Monday morning, our GP assistant tells us that she has received a new advice from the RIVM: “All Compananny children in group five and six are being tested.” Great. We call the GGD, but they know nothing and continue to insist that Zev is not being tested. After a weekend full of changing advice and a struggling child, we get angry for the first time and raise our voices. The doctor will consult.

He calls back. Our doctor has apparently been the only one to receive a wrong message, because really only the children who were there on Thursday will be tested. “We have limited capacity and can only test the people most suspected.” We explain that we have vulnerable parents in our environment, that we cannot now visit a 92-year-old great-grandfather in a hospice. That we would like it if there were any tests. Where is the humanity in all this? “We’re people, not protocols,” says Jop.

“At the GGD we are concerned about suspected corona virus infections and that is not the case here. If medical assistance is required, you should contact your GP. He can then come by. “

“I’m going to end the conversation now because I have a lot of other things to do.”

“This is not possible, you cannot treat people like that …”

A few hours later the phone rings again. For the first time, it feels like a person is talking on the other end of the line. “You had another question about the testing that your son was not invited to?”

We explain why we are not comfortable with it and ask why it is done so rigidly. She explains that a deliberate decision has been made to test only the children and the teachers on Thursday and she says that many more parents want to be that one exception.

“For the thirty tests that we are going to do now, we have to have material from the RIVM come already because we don’t have it here ourselves.” She continues: “There is a good chance that the minister will say in two or three days: we are no longer in the phase that we are going to test people; people just have to stay at home. Then no one will be tested anymore. “

She says, “We assume that those tests will all turn negative on Wednesday, and I hope Compananny can reopen soon.”

That evening we hear on the news that the GGD and GPs across the country have received calls all day long. The RIVM calls on everyone to stay at home with mild complaints and to contact their doctor only in case of worsening cough and shortness of breath with fever. We hear that there is a fear of a shortage of test material and that very selective testing is being carried out outside hospitals.

Zev’s cold has eased on Tuesday morning, but he still has a runny nose. At five o’clock the RIVM announces that the test results of the boy from the daycare were negative after all.