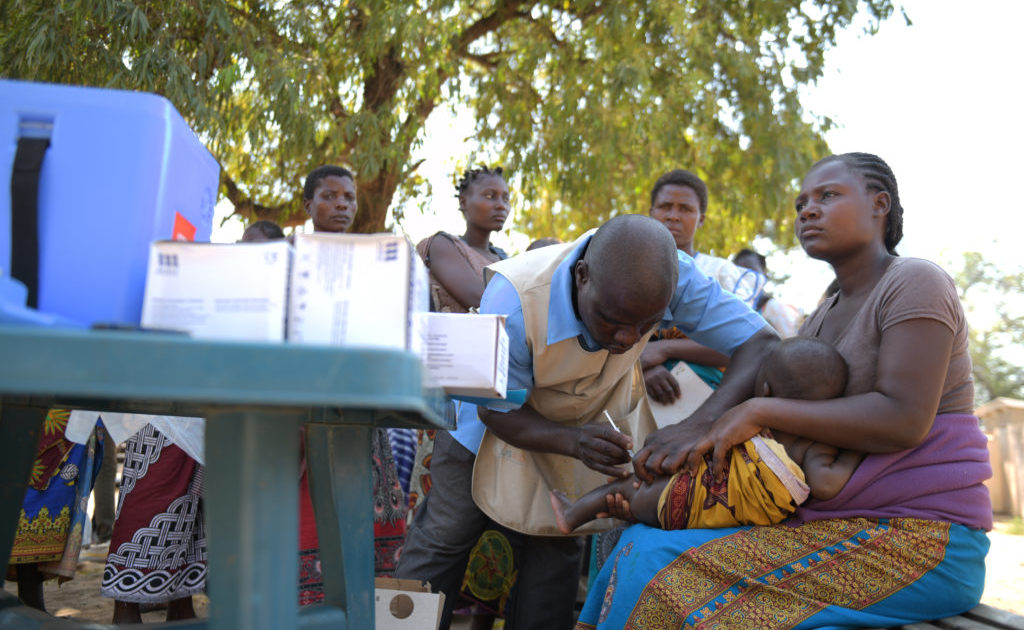 A SHOT OF HOPE

MALAWI—In a small room at the Phalula Health Centre in southern Malawi’s Balaka district, two young mothers are sitting on a wooden bench, each with a 5-month-old baby on their lap. Across from them, behind a desk, sits Alfred Kaponya, a community health worker. A colleague is busy preparing a vaccine, tapping the syringe to dislodge bubbles. Kaponya explains the procedure to the women, writes down the vaccines’ serial numbers in the children’s vaccination booklets, and copies them onto a spreadsheet in his binder.

Then, one of the mothers bares her son’s thigh for the shot; he starts to cry, and she strokes his back. The procedure is repeated for the other baby, a girl.

It may sound routine, but it’s not. These two children have just received the first malaria vaccine to move beyond the stage of clinical testing—a landmark event in the battle against a disease that each year takes more than 400,000 lives, most of them children in Africa. Thirty years in the making, RTS,S, also known by its brand name, Mosquirix, targets Plasmodium falciparum, the most common and most lethal of four malaria parasite species. It is an answer to a dire need. After decades of declining numbers of cases and deaths, the fight against malaria has stalled. Parasites resistant to the most widely used treatment, called artemisinin-based combination therapy, are spreading, while malaria mosquitoes are increasingly resistant to insecticides.

And yet the rollout, here and in two other African countries, isn’t quite the breakthrough the field has been waiting for. Mosquirix’s efficacy and durability are mediocre: Four doses offer only 30% protection against severe malaria, for no more than 4 years. Some experts question whether that is worth the cost and effort.

The biggest concerns, however, are about the vaccine’s safety.